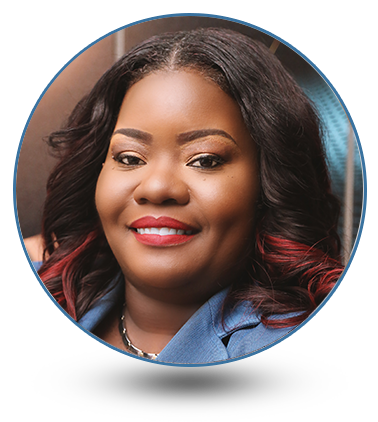 Born and raised in Grand Bahama, Karla McIntosh began her professional career in 2004 as an Associate and Office Manager at Davis & Company’s Freeport Office where she obtained experience in Civil Litigation, Conveyancing, Commercial Law, Corporate Law, Probate and Family matters.

In September 2010, she joined The Grand Bahama Port Authority, Limited as a Legal Counsel and Compliance Officer and within two and a half years, was promoted to Senior Legal Counsel. After proving to be result oriented with solid business instincts and judgment, in 2015 Miss McIntosh was appointed General Counsel and also serves as the Secretary to the Board of Directors.

Miss McIntosh is a graduate of St. Paul’s Methodist College. After High School, she received her Bachelors of Law degree from the University of the West Indies, Cave Hill, Barbados. She also attended the Eugene Dupuch Law School in Nassau, Bahamas, where she obtained her certificate of Legal Education and graduated as class Valedictorian. Miss McIntosh was admitted to the Bahamas Bar on October 29, 2009 and is currently a member of The Bahamas Bar Association, Bahamas Association of Compliance Officers (BACO), International Compliance Association (ICA) and the International Federation of Women’s Lawyers (FIDA).