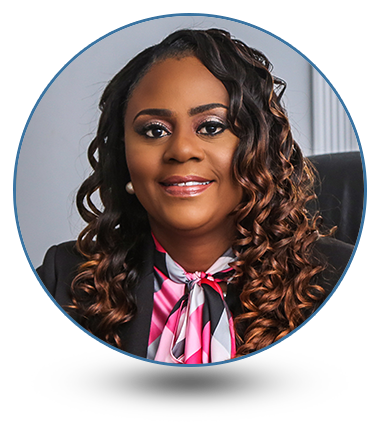 Deann Seymour, Financial Executive at The Grand Bahama Port Authority, Limited (GBPA) believes in the pursuit of excellence in all she puts her hands to. With more than 30 years of experience in the Accounting and Financial Management field, she sits as Chief Financial Officer for the GBPA Group of Companies.

Mrs. Seymour began her professional career as an Auditor with KPMG in the early 90’s. By 2004, she had served as Group Financial Controller for the Port Lucaya Resort & Yacht Club, and the Grand Bahama Shipyard; with responsibility for financial reporting and internal controls. In mid-2004, Mrs. Seymour joined the Hutchison Group of Companies as Senior Financial Analyst and was later promoted to the position of Financial Accounting Manager for the Group.

In August 2007, Mrs. Seymour joined the GBPA as Group Financial Analyst. Within less than a year she was promoted to Group Financial Controller, and served in this capacity until her appointment to Chief Financial Officer by the Board of Directors in December 2012.

Mrs. Seymour holds a Bachelor of Science Degree in Accounting from Fort Lauderdale College and has attained the designation of Certified Public Accountant and Chartered Global Management Accountant. Mrs. Seymour is a member of the AICPA (American Institute of Certified Public Accountants) and a licensed member of the Bahamas Institute of Chartered Accountants (BICA). Currently, she sits as Chairman of the GBPA Licensing Committee, a member of GBPA’s Scholarship and Donations Committee, as well as a Director of the Grand Bahama Memorial Park.

Although born in the country’s capital, Mrs. Seymour was raised on Grand Bahama Island where she resides with her family. She is married to Deputy Commissioner of Police, Emrick Seymour and they two children, Emrinique and Emrick Seymour Jr.